The first half of the series paced out well. Does the last half stick the landing? 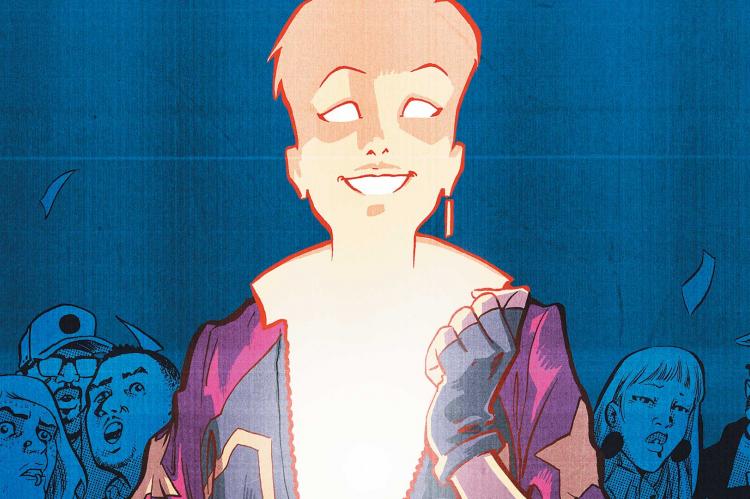 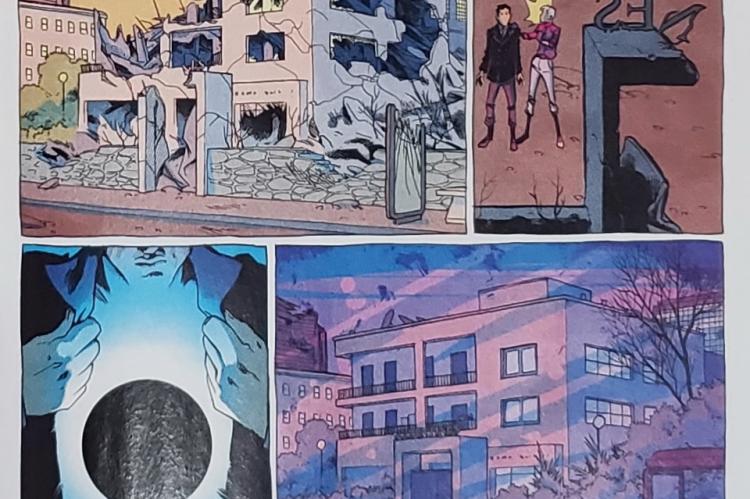 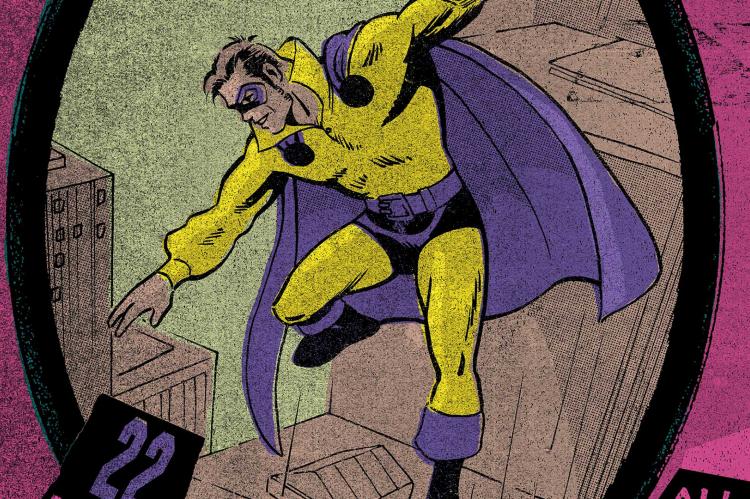 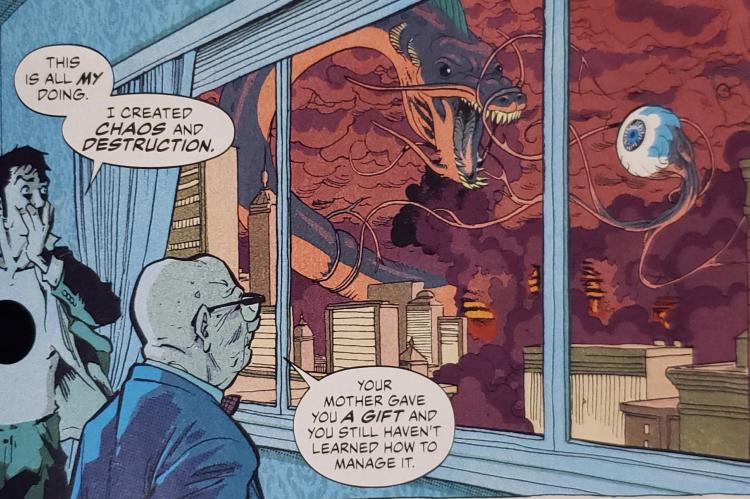 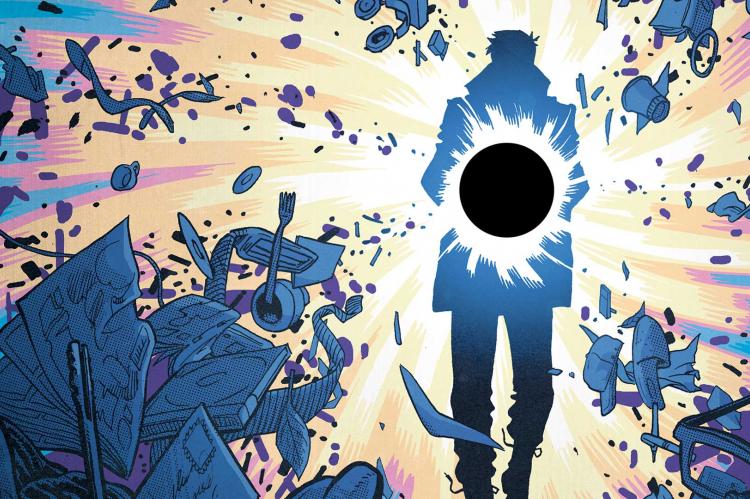 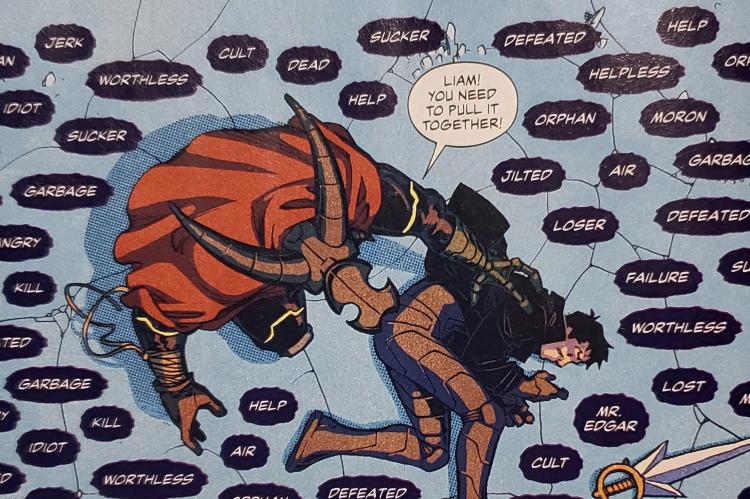 The back half of the series mainly works and definitely is structured to work as a three act arc between these issues. It is more cohesive as a storytelling unit than the first half. There are parts that feel a bit uneven, particularly in the last issue where Collapser has to confront his (previously believed dead) father to save the city. That felt a bit rushed, and really, it started feeling a bit rushed in issue three. The amount of story covered over the six issues in total could have benefited from having a series run of twelve issues instead. Even so, the story pacing problems didn’t have any effect on the art. The team of Ilias Kyriazis and Cris Peter do a solid job in crafting a look that is fantastic and weird while grounding it in reality.

That said, throughout these three issues, Liam learns more about the power within the black hole entity in his chest, falling prey to using it the wrong way by taking the easy way out. He reshapes reality to fit the way he wants it to be instead of doing the work needed to make the changes meaningful. Eventually, his black hole power is stolen from him and he has to embark on a mission to get it back and eventually defeat his villainous father.

It is only by taking a step back and thinking about all of what happened in the story that I see what this comic was trying to say. The beginning of the title has us starting out heavily within Liam’s point of view, living in his head quite a bit and getting a sense of his inner anxiety. As the title progresses, this fell a bit by the wayside, to my disappointment. It felt as if we were losing this unique perspective in order to make way for more standard comic book storytelling. That is not the case. Seeing what the black hole really is—a stand in for other ailments that may plague us (anxiety, depression, etc.)—the story takes on a different role. That black hole can have so much power, become all encompassing, and truly warp the reality of what we are seeing. It is that revelation that makes Collapser a solid comic worth your while to read.