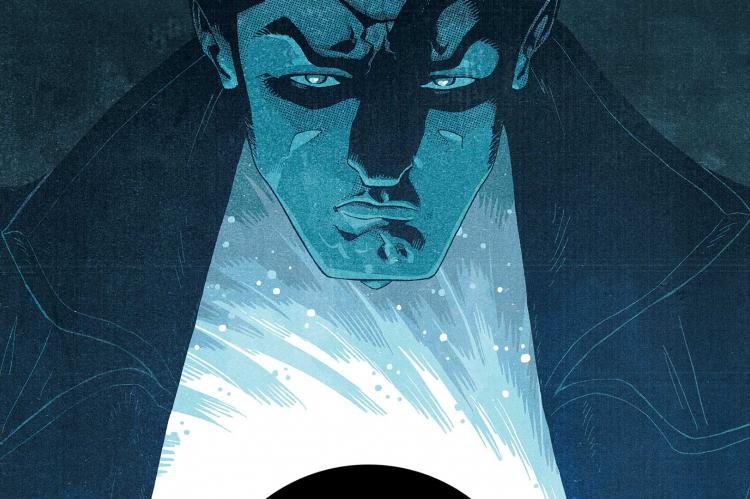 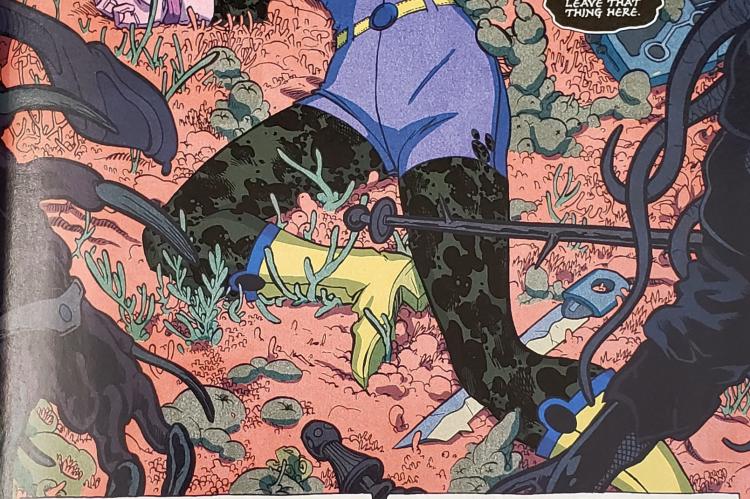 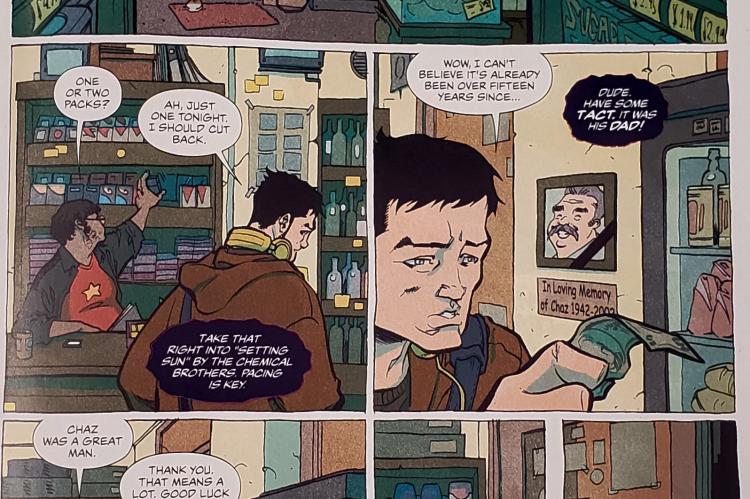 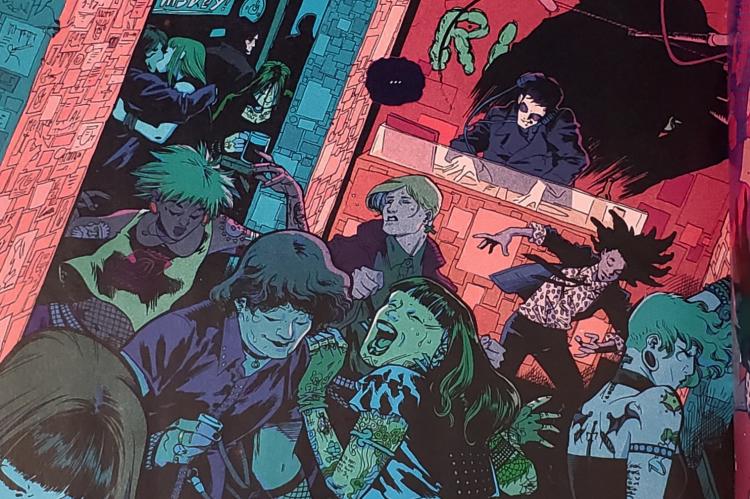 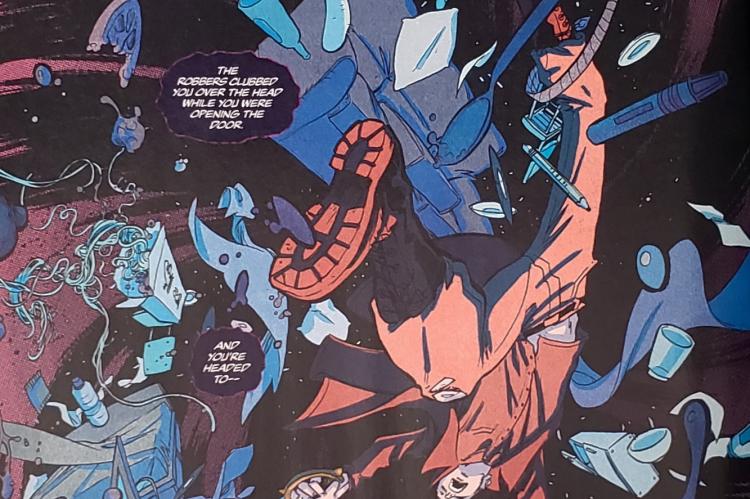 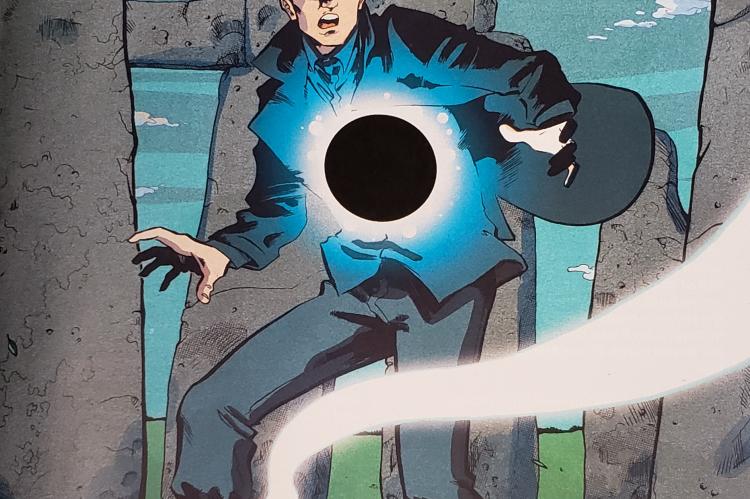 Collapser is a new outing from the Young Animal imprint spearheaded by Gerard Way. This new title comes from Gerad’s brother, Mikey Way, and collaborator Shaun Simon. We are introduced to Liam James, who spends his days as a caregiver at a nursing home, and his evenings as an aspiring DJ. At the beginning of the story, Liam receives a package, presumably from space, containing something that we don’t quite precisely know. What we do know over the course of the story is that a thing was bonded to his mother, who he hasn’t seen in many years. Unbeknownst to him, his mother has been fighting elsewhere in the universe. After opening the package, it quickly bonds to Liam, and by the end of the issue, he discovers that the thing that has joined with him has put in a black hole in the middle of his chest. To top it off, there are others who are chasing after him because of it.

Something that really sets this title apart from others is how much we are in the head of Liam. In one issue, we get to learn more about him through his interactions with others, second-guessing thoughts about said interactions, and his general headspace through a plethora of thought bubbles. The interesting point is that it does not feel overdone or too expository. It feels more like a real person we happen to be eavesdropping on, listening to their real concerns in their inner monologue.

Young Animal has done a great job in putting together teams that create unique visual styles. While I would not say there is a specific house style, you can look at a Young Animal title and go, “yeah, I can totally see it.” Ilias Kyrizis’s pencils and Cris Peter’s colors 100% fit into that Young Animal aesthetic. Their combination could easily fit into any Vertigo title [ RIP Vertigo ] or early-to-mid-2000s ONI Press. It has a great indie feel. The title is off to a good start and I am on tenterhooks to see what is next. My only lingering question is how long this title might run. Young Animal runs tend to be fairly short, which seems to be by design. Hopefully this runs a full year, but if it is a solid six issues, I would be just as happy.